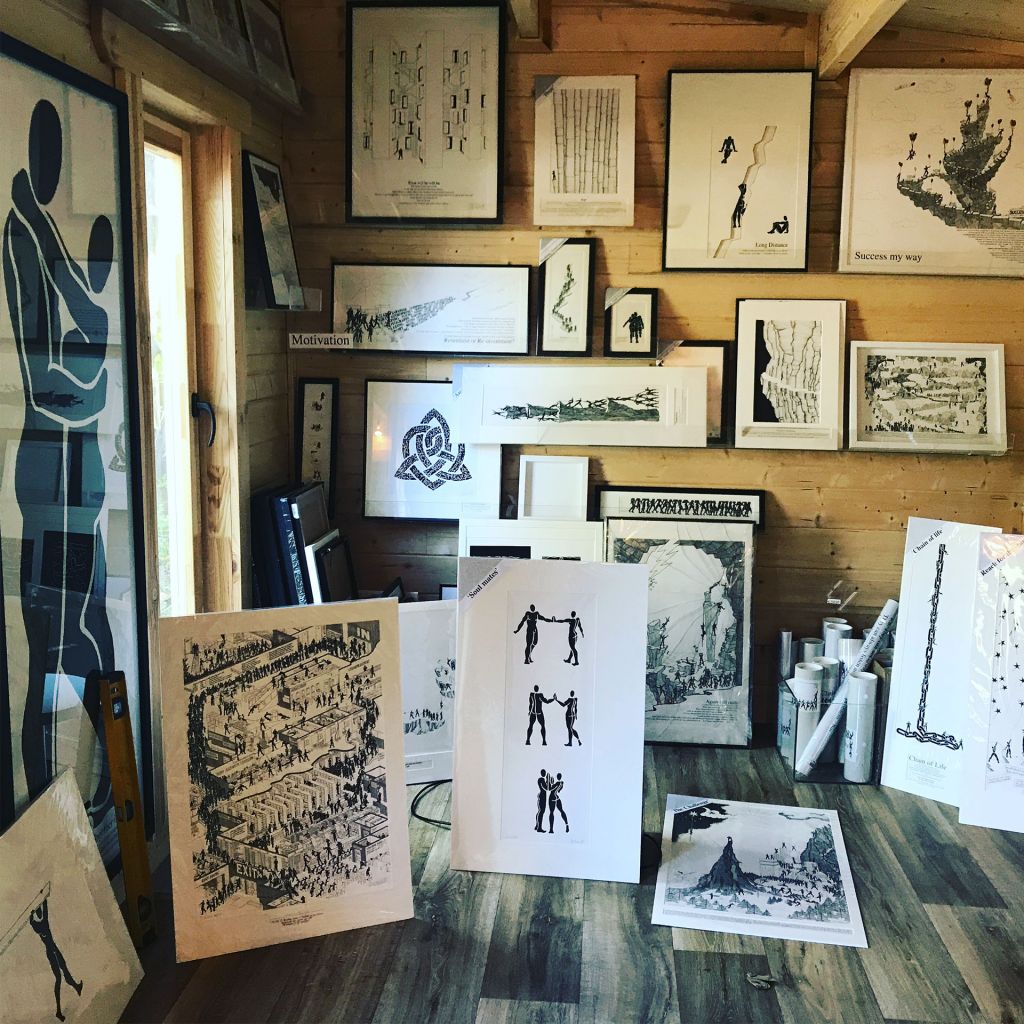 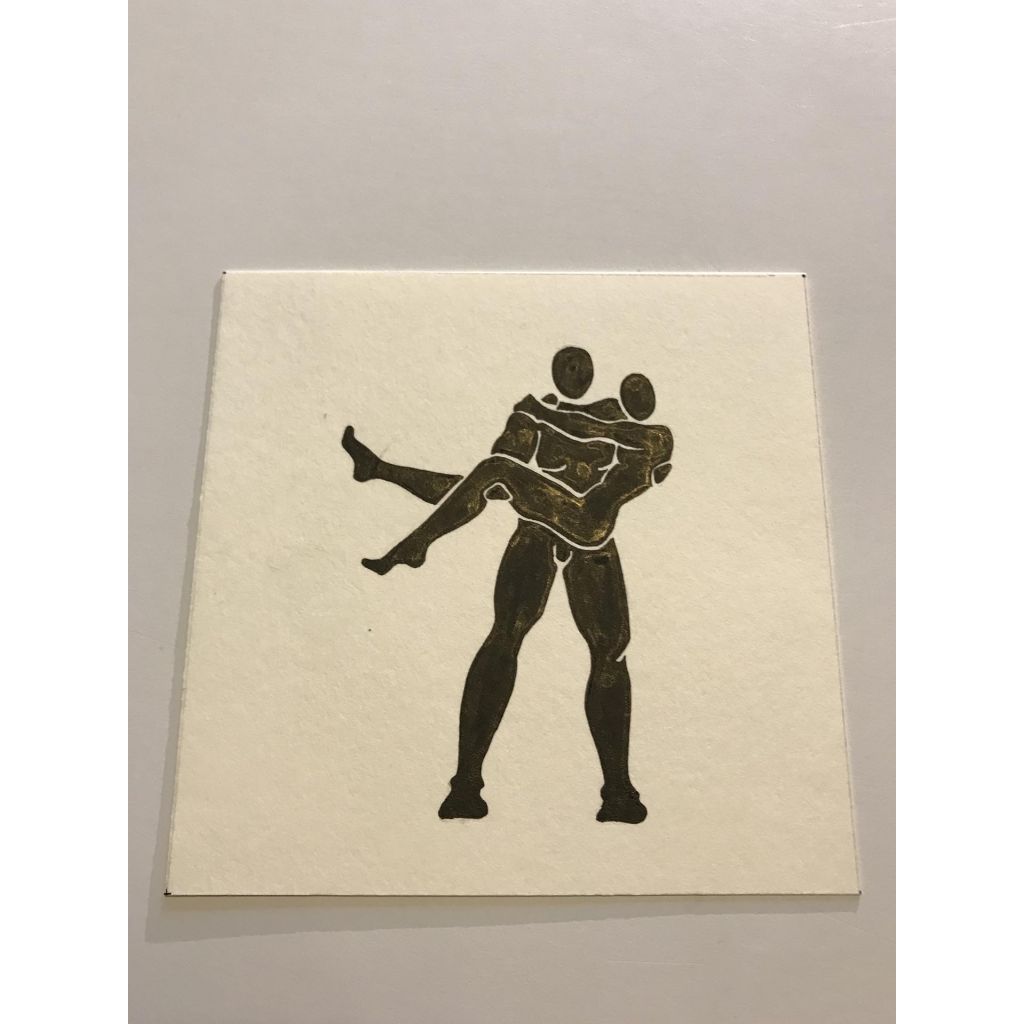 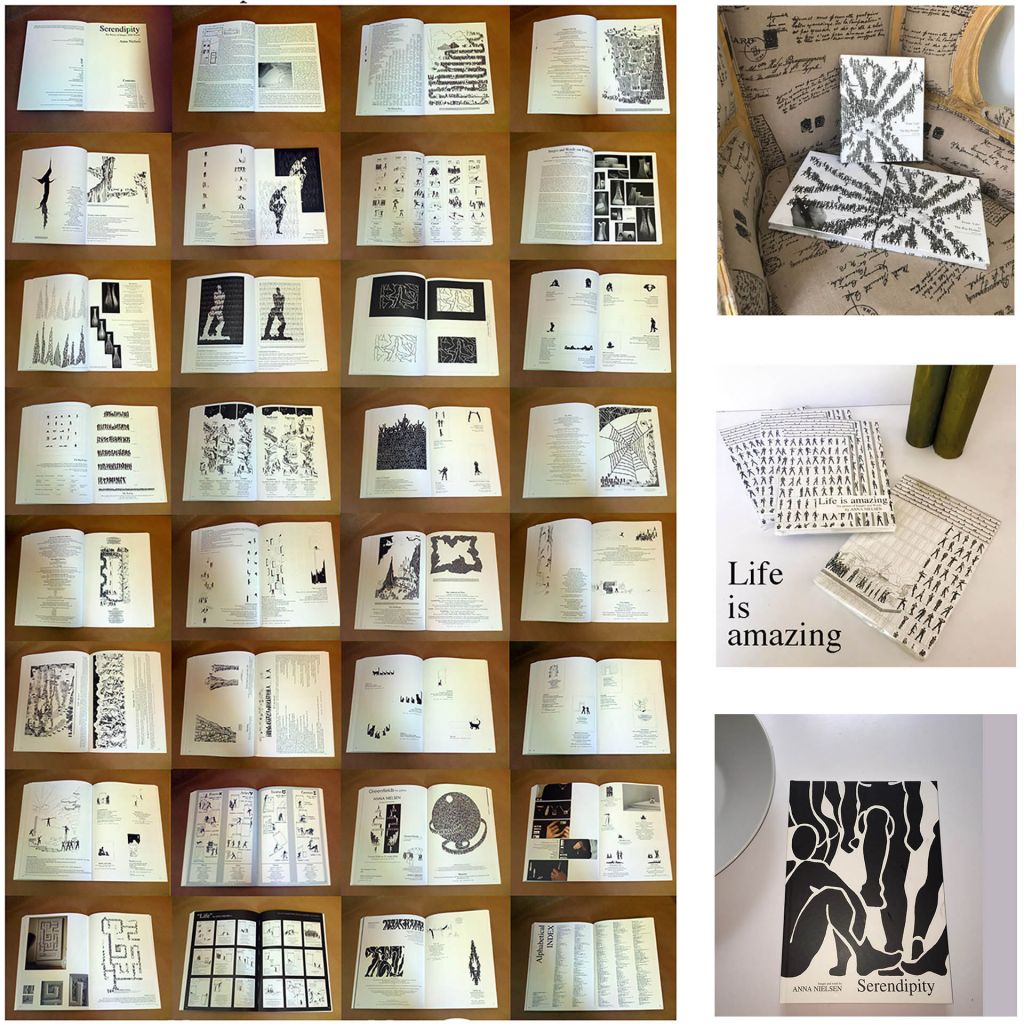 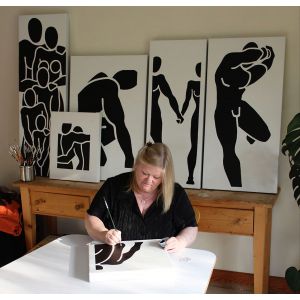 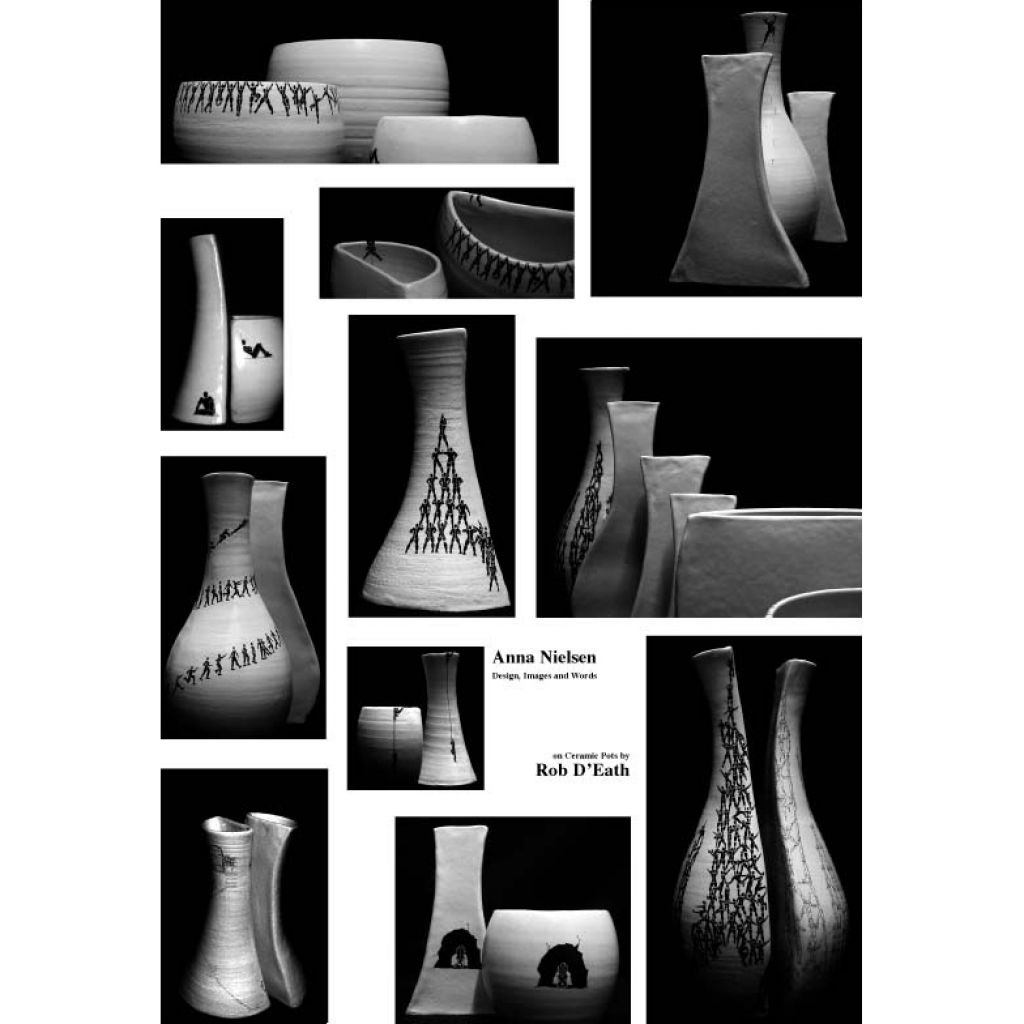 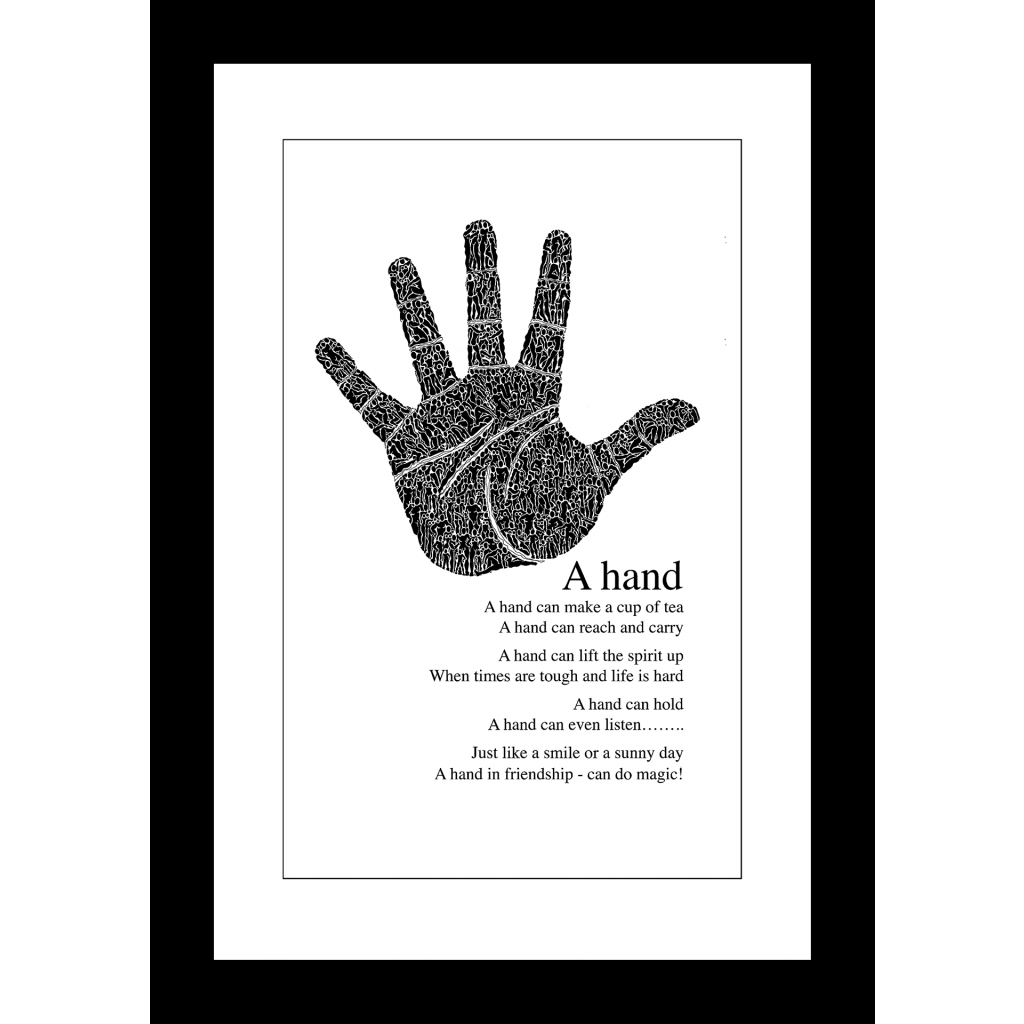 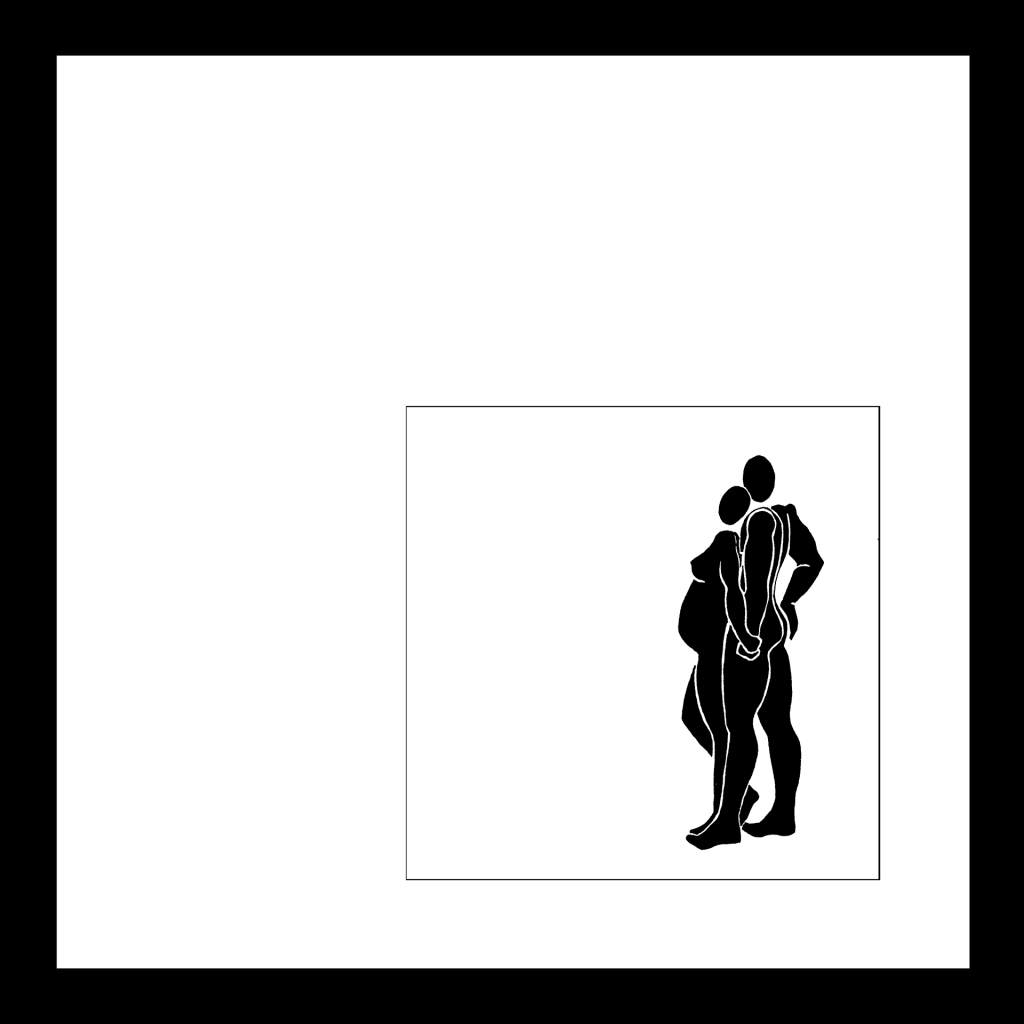 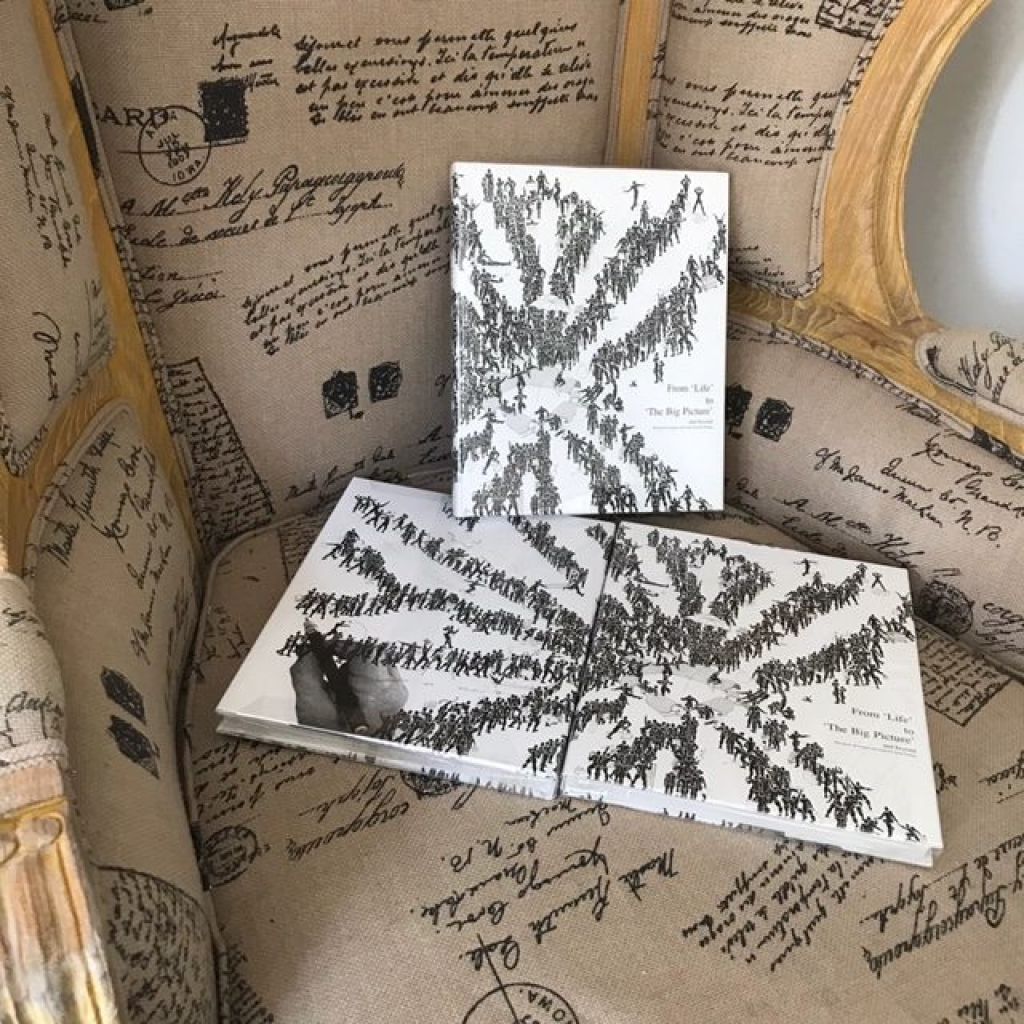 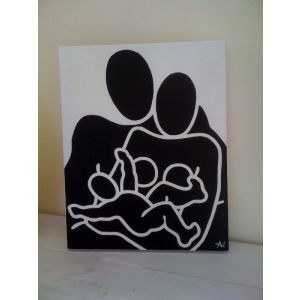 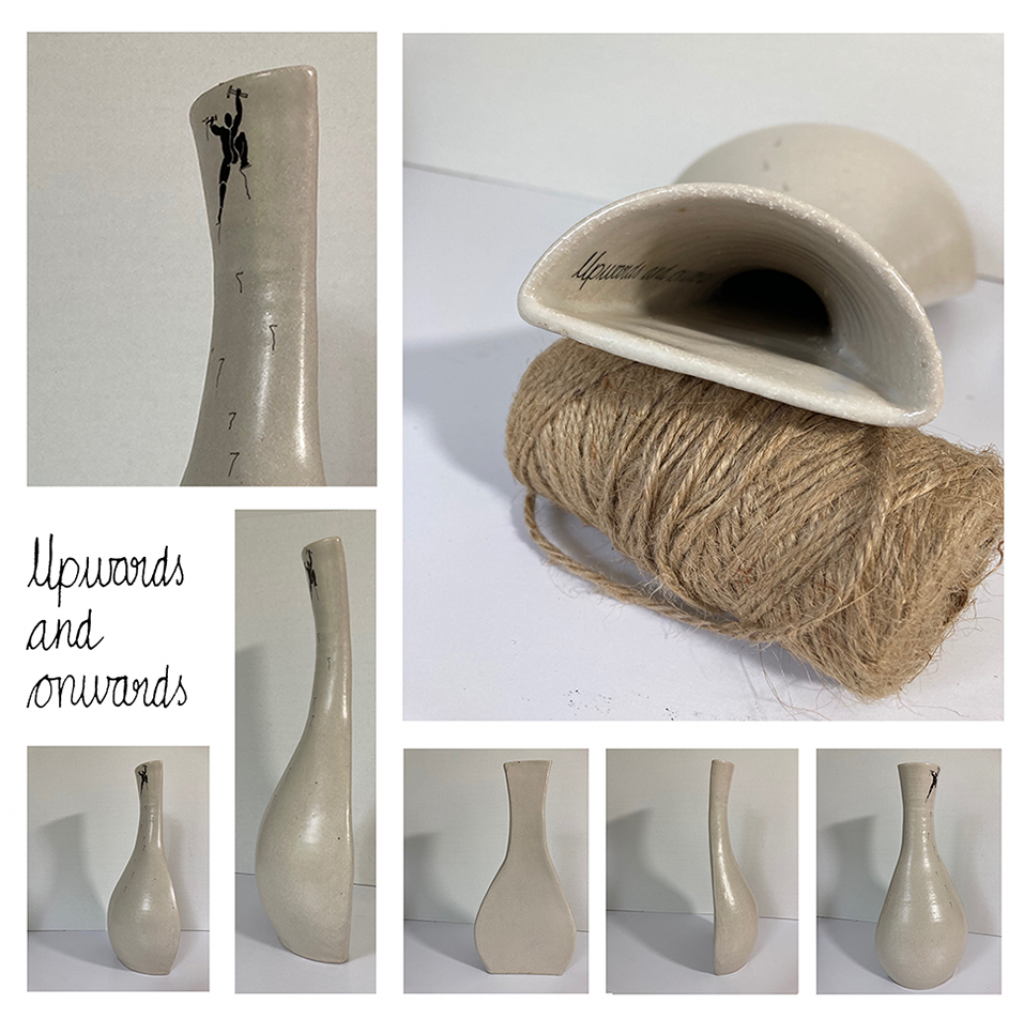 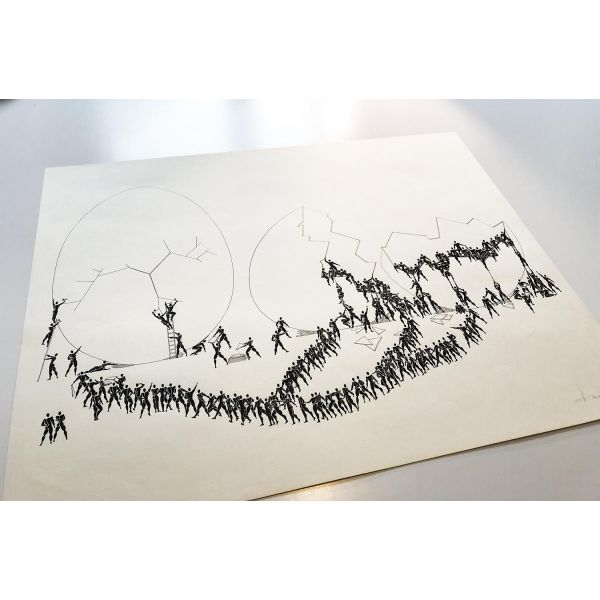 This drawing was done during the time of change in Eastern Europe.
The shell represents repression or communism
When it breaks down, the resultant outpouring of people,
Their attempts to stabilise what is left of their nation by using the broken pieces of shell,
which represent what’s left of administrative and social structures
While helping each other out of the shell some organise, some work, some just enjoy
They then go along to the next nation and start breaking it’s shell
(Apartheid, South Africa 1994?)
The ladder represents the formation of organisations such as Solidarity
and there are even two UN observers, bottom left 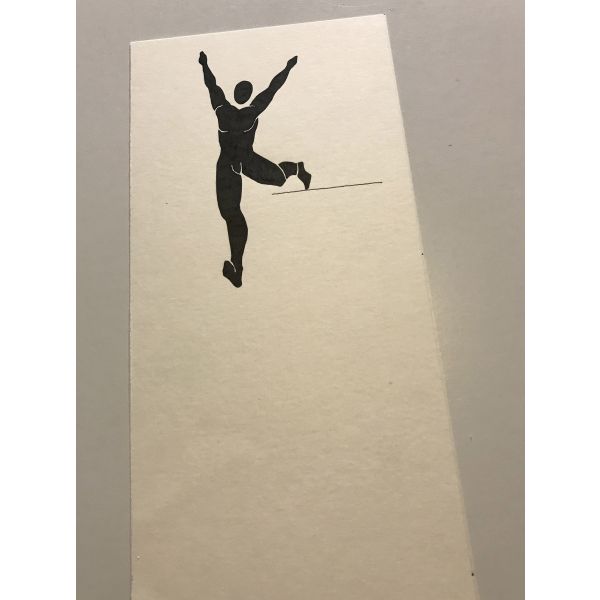 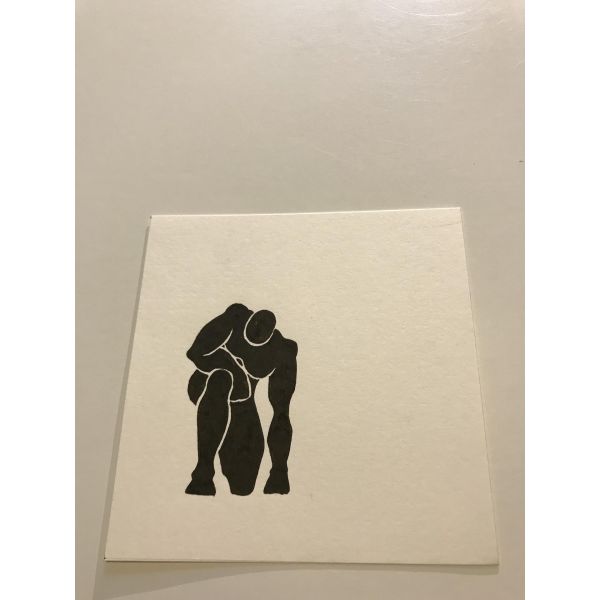 DO NOT GIVE UP

.
DO NOT GIVE UP
Life is a journey not a destination
Someone said
The darkest hour is just before dawn
and we have all been awake at dawn, sometime
But every tide does turn and
there is light at the end of the tunnel
Why would someone bother
to write all these clichés?
Remember you are not the first
You will not be the last
No matter how small or
how big your personal mountain is
Do not give up
Climb it
.
©
. 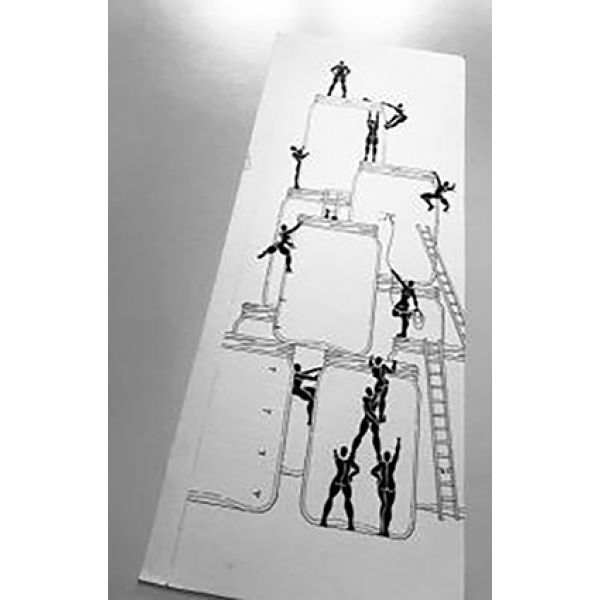 with printed words alongside

Ladder of success
The route to success is not always
a series of rungs on a ladder
tried and tested and perfectly spaced
for easy climbing!
You may have to spend quite some time
placing it in the right position
Carrying it from one level to the next
and even then you may find
some rungs are broken and
others are completely missing!
Eventually you will probably
have to leave it behind altogether
for newer more advanced
methods of upward motion
In fact
When you do succeed
you can rest assured
you will have earned it! 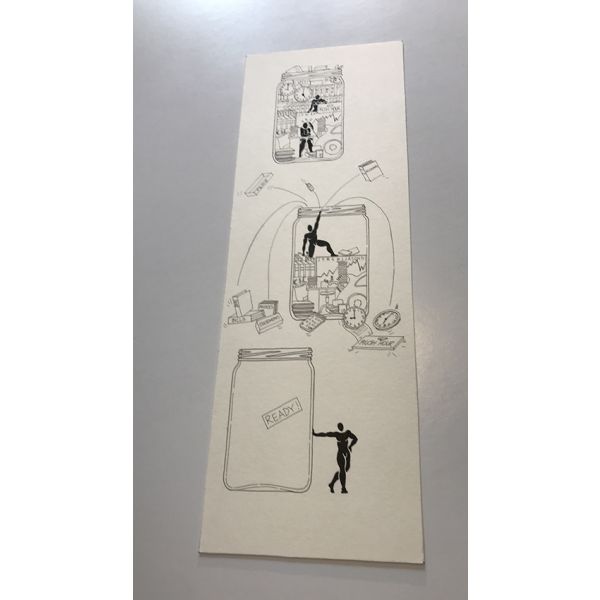 with printed words alongside

RETIREMENT
It may be early – It may be late
But the day will come
When finally you can empty your Jar
of all work related bulk
No more:- ‘Preparing for work’ –
‘What to wear for work?’
‘Early starts’ – ‘Getting to work’ –
‘Working’ – ‘Late nights’
‘Returning home from work’ –
‘Week-end Courses’
or‘Socialising after work’
No more ‘Office Christmas Parties’
(Forever!)
No more uniform – whether Firebrigade,
‘Suit & Tie’ or tracksuit!
No More 9 – 5, Accounts, Schedules,
Targets, Timetables,
Productivity, Pay rises or freezes,

No more Work Colleagues,
Customers, Clients or
anybody else who is always right!!

No more commuting – No more Rush Hour……
No moreWork!
Your Jar is empty….

What you choose to put in it
is totally up to you!
…..are you ready?

©
.
Also available as a
Limited Edition Print 1/500
Signed and numbered 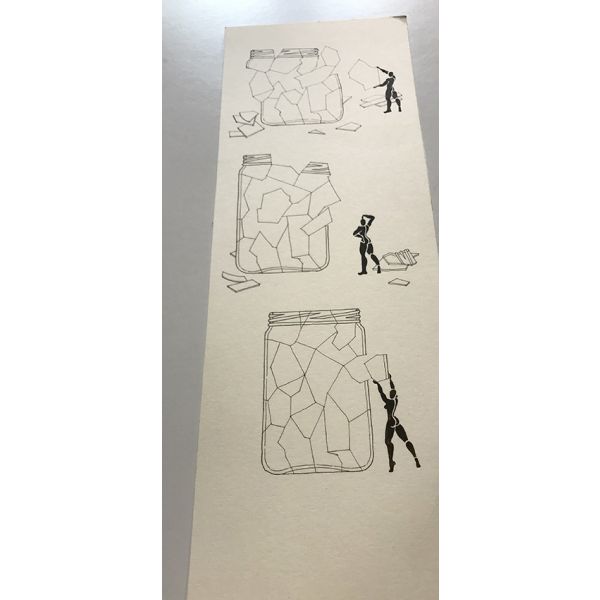 IF AT FIRST
It may take a while
It may take your whole life
But I do believe
There is nothing you can not do
if you really want to
and anyway – If everyone gave up
after trying something only once
where would we be?
If at first you don’t succeed, try,
try again! 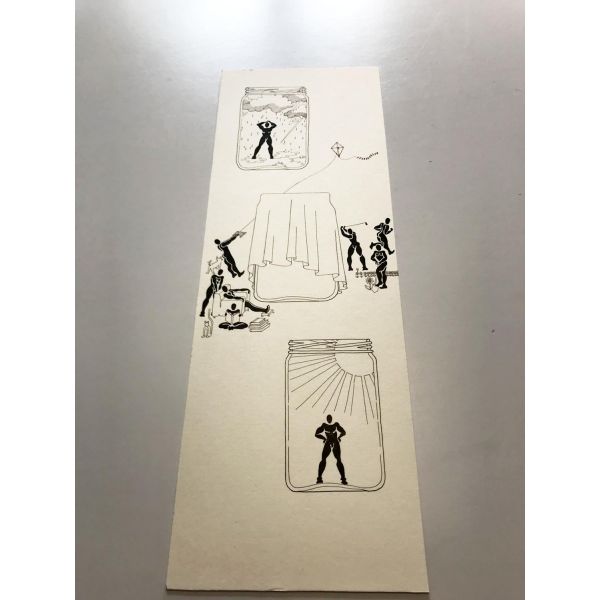 STRESS
If the high pressure
of demands on you
produce a storm instead of results
and if the forecast is:
More of the same
It is time to Chill out
Stress can rule your life
but only if you let it
Let your brain relax – read a book
listen to music – walk the dog
play golf – dig the garden
run till you tire – go fly a kite
do absolutely anything
or nothing at all!
whatever it takes to calm the storm

….and you will manage
whatever it is you have to do
much better – much faster
than when you had to fight against stress 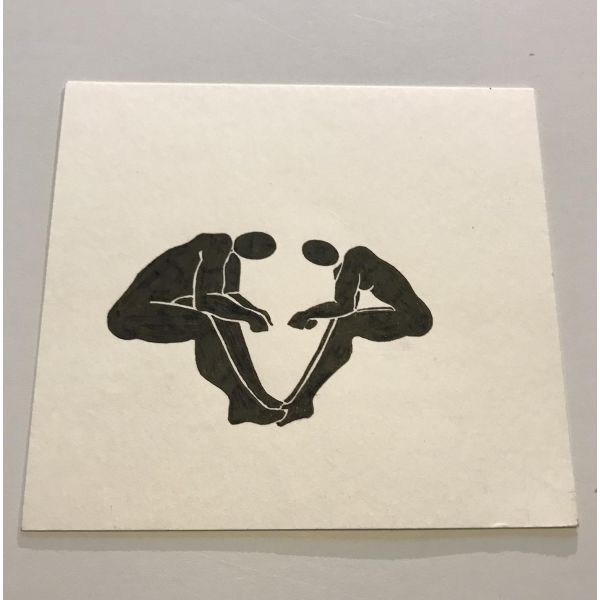 .
.
COMPROMISE
When you meet the right one
When there is no doubt
When your life will have to change to stay the same
When apart is not an option
​Compromise is an answer
.
©
. 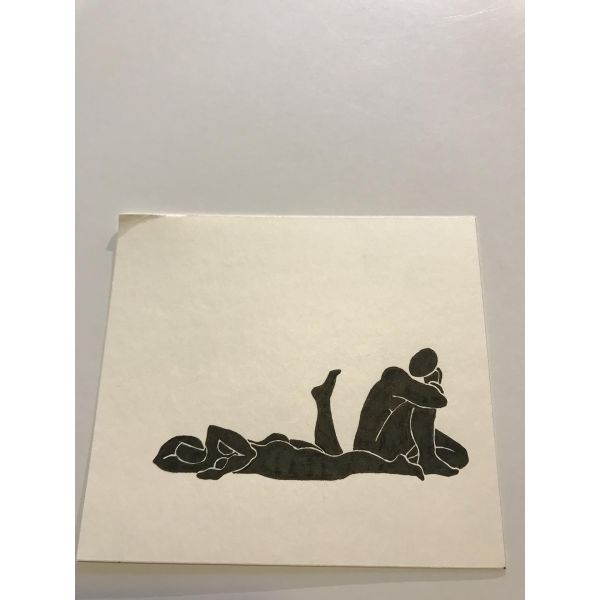 COMMITMENT
In a relationship between two people
Your commitment is something only you, yourself can give
It is not always an easy thing to do
But when two people make a commitment to each other
Then…………………….
.
©
. 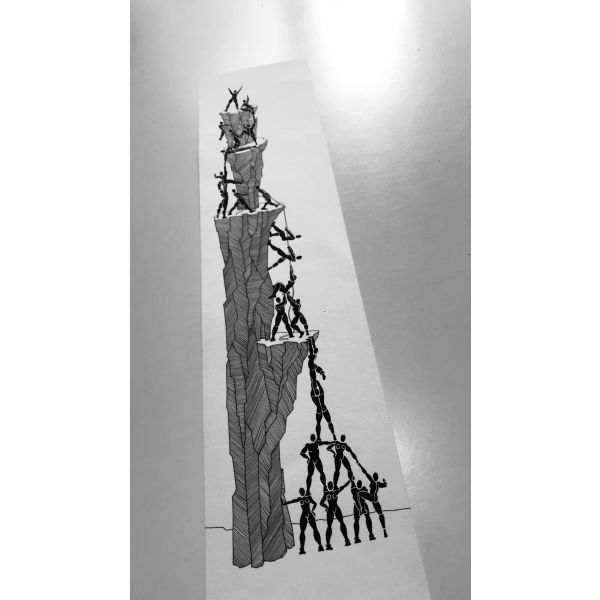 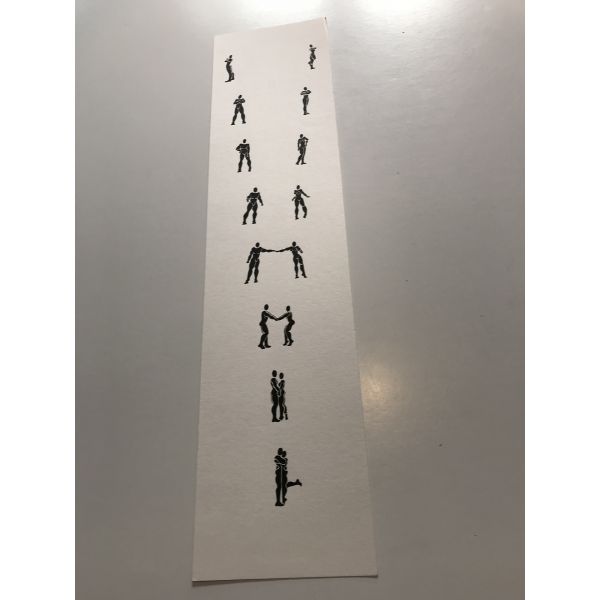 MAKING UP
This drawing does not need any words at all except to say
Don’t leave it too long
The longer you leave it the harder it gets.
© 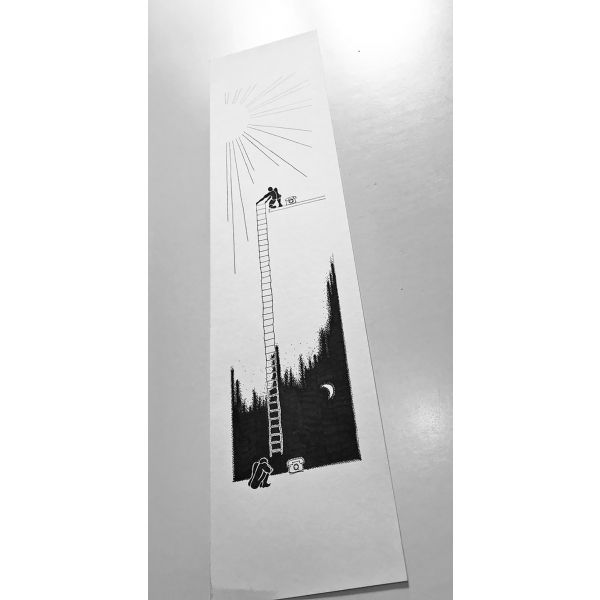 YOU’VE GOT A FRIEND

YOU’VE GOT A FRIEND
The song goes
“You just call out my name
and you know where ever I am,
I’ll come running”
As long as you have a friend
No matter how low you feel on your own
No matter how bad things seem in the dark
If you’ve got a friend
a phone call is all it will take.
©

© Copyright 2023, All Rights Reserved | Designed by Mamma Marketing
We use cookies on our website to give you the most relevant experience by remembering your preferences and repeat visits. By clicking “Accept All”, you consent to the use of ALL the cookies. However, you may visit "Cookie Settings" to provide a controlled consent.
Cookie SettingsAccept All
Manage consent