Life's too short to… 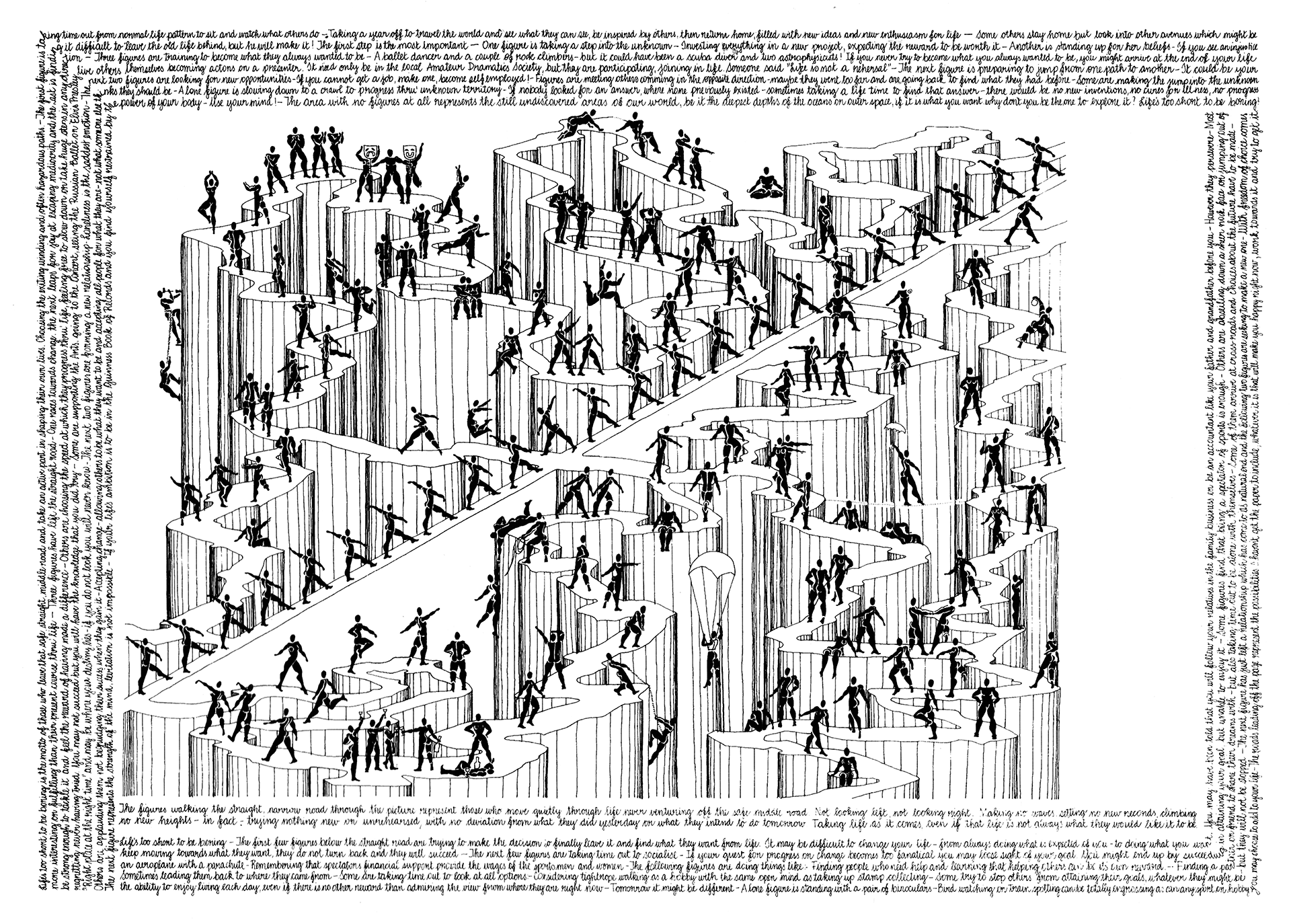 Life's too short to be boring

This drawing represents the difference between those of us who go through’ life, accepting life as it unfolds. Finding our happiness within those boundaries, without attempting to change anything, represented by the line of figures walking diagonally through the picture and those of us who actively seek diversification and change so that our lives may be more exciting and rewarding, represented by the figures on the paths above and below the straight line of figures.

We use cookies on our website to give you the most relevant experience by remembering your preferences and repeat visits. By clicking “Accept All”, you consent to the use of ALL the cookies. However, you may visit "Cookie Settings" to provide a controlled consent.
Cookie SettingsAccept All
Manage consent